ABERJAZZ IN COLLABORATION WITH FISHGUARD FOLK PRESENTS TAYLOR AND MARIE 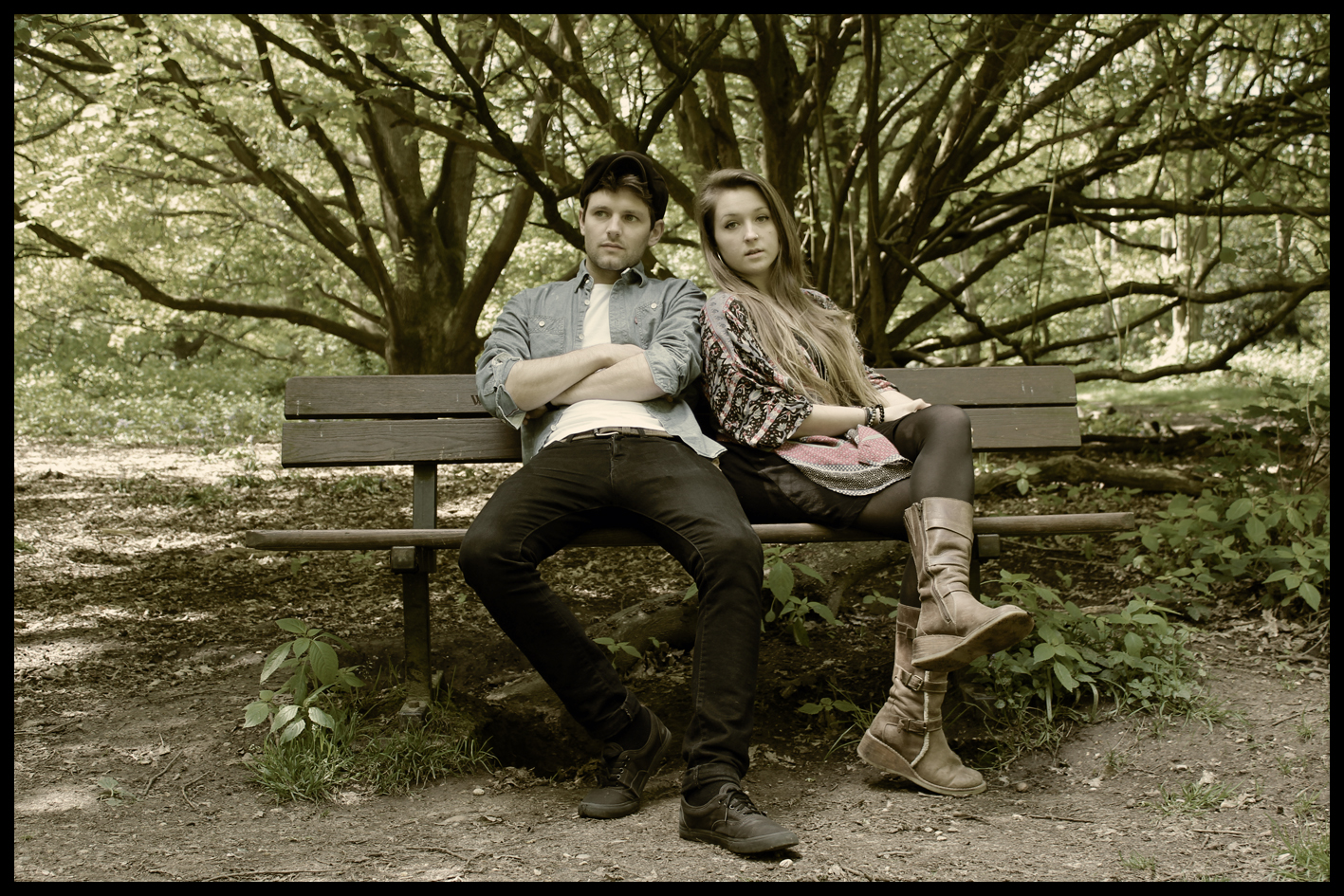 Introducing Taylor and Marie…   The Tilt The Moon EP reflects a friendship and musical partnership of two outstanding artists in their fields.   Jodie Marie and Samuel Taylor may be young, but they have an image of the past from second hand vinyl and internet sourced videos when musicians “got together to play music just because they loved sharing the stage with another artist and it worked really well with that person, like Johnny Cash & June Carter, Bob Dylan & Joan Baez” Marie says. Following Jodie Marie’s touring of critically acclaimed debut “Mountain Echo”, she met up with Samuel Taylor, who she’d shared a stage with on the circuit to write together.   “We spent late nights listening through loads of old records. Just showing each other tracks we loved.” Explains Taylor “I’d put on ‘One too many mornings’ by Dylan and Jodie would put on ‘Silver Dagger’ by Baez, I’d play ‘Beeswing’ by Richard Thompson and Jodie would show me ‘Love has no pride’ by Bonnie Raitt and on and on. Jodie has a great knowledge of music and showed me so many soulful, blues, country records. It was great to listen and naturally form the ideas of what we wanted to create.” You can hear the lineage in tracks such as All I Need, and the timeless production of the set, but there’s nothing contrived about the style in which these two blues obsessives create “They’re honest songs, we aren’t trying to be retro or vintage but the songs that speak to us are classic and heartfelt and that is what we are trying to be as well. “     Naturally, these songs were brought forth from these late night music sessions – listening and writing as a pure duo, and revealed a lunar theme – sparked from their cover of “Bad Moon Rising” and concluding in their mournful ode to the eclipse of love “Tilt The Moon” “It’s the light that brightens up a night sky, it controls the tides”, explains Marie with Taylor suggesting “The moon, I’m drunk on the moon… Seems to make a lot of sense considering most of the songs we have written seem to have arrived with us late at night, during all night sessions playing songs.”   Recorded entirely in Wales at StudiOwz, located on a working farm which added a unique flavour to the takes – working in harmony with nature and following it’s cues for when to record, and when to take inspiration from the surroundings “We recorded some of the drums in the cows milking parlour to get the right reverb – it was pretty funny too, every time we pressed record, a cow would moo – without a doubt” Marie says. The couple would have to adapt to the patterns of nature; “Between 4pm and 6pm every day the milking of the cows would begin” elaborates Taylor “We had to stop recording around this time as things got a little noisy in the cowshed next to us. We’d go out walking in the local countryside or down to the beach. I was expecting being in the countryside, but this was a working farm. It was a great experience and a perfect place to be making such a roots based record.”   This record is a natural introduction – four beautiful songs from a heartfelt friendship for us to share – a glimpse into a romantic world, before the pair stop moonlighting and return to the daylight world of their forthcoming solo records. But as the tides change, and time moves forwards, the pair will no doubt recommence their nocturnal activities.
https://taylorandmarie.wordpress.com/
https://www.facebook.com/taylorandmarie
https://twitter.com/taylorandmarie1
https://soundcloud.com/taylor-and-marie
+ Google Calendar+ iCal Export